IM@S 2 is a proper time vampire

A week in-game can go pretty fast depending on your schedule, dialogue can be breezed through quickly and entire stage performances can be skipped if you don’t feel like watching.

Even so, The IDOLM@STER 2 can be real time sink if you let it.

Case in point? Somehow, memories of last Saturday and Sunday are hazy but I remember idol performance statistics and surprisingly good music.
I’m not sure if the PSP IDOLM@STER games give a good example what the first arcade/360 games was like, but while the PSP games didn’t do all that much for me and I found the anime mildly annoying, IM@S 2 is an engrossing game.

It’s not perfect however. A guide or wiki is handy to have, especially since the most difficult moment in the game isn’t the music performances, which by the way plays out like a basic rhythm game, but the odd jobs & promotions.

By letting your idols successfully work at different events, act in movies/radio or produce PVs you gain “appeal levels”, as represented by a heart icon. Once a heart is filled you gain one more “memory appeal”, which is a points boost – basically – something very useful to have whether you’re participating in an Audition, Live or Festival – where you go up against other idols in a duel.

The difficulty is to make it through such work while earning “perfect communication” with your idol of choice, which gives the biggest boost to the appeal-meter.
It starts out tricky for us westerners, as you must (often while a timer counting down) find the prefecture you are currently visiting on a map of Japan. Thankfully you can pause the game pretty much whenever to get some breathing room. So, a map with all the prefectures written out is a good thing to have for sure.

It gets hairier during the actual work-part where you have to make sure your idol does a good job of whatever she’s supposed to be doing. The situations these girls get themselves in, I swear. Sometimes you have to pick one out of three options which would help the situation at hand the most. However, these are not always very straight forward and even a “correct” answer (in my head) can yield surprising and ultimately disappointing results. Even more difficult is when you’re asked to physically interact with your idol, or point out things using using the body as an example. (For “use your head”, click on their head etc).

I found it really hard to know what the game expects you to do and you just don’t know what’s going to happen sometimes.
Still, figuring these sections out is fun in itself. 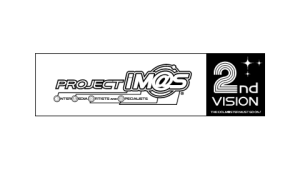 But I must be going.
Only a few weeks left until the fate of my idol unit “HiMiAmi@<” will be decided.
(With Hibiki as the leader, Miki & Mami as supports, currently level 15)

I need to reach one more memory level before that… 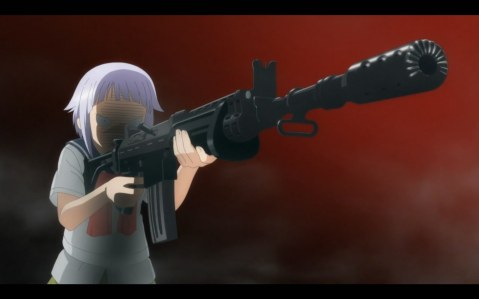 FNC will fuck your shit right up.

Generally speaking, I shouldn’t like it. Character design is mostly so-so and the premise itself is so forced that were it a fruit, it would be orange juice.
Yes, this is that show about girls, that also happens to be guns, going to a gun school. And of course, since the girls are guns, different parts of the body correspond to different parts of the respective gun they “portray”. And I use the word “portray” very generously here. The first girl to be introduced, the FN FNC, has a skeleton stock, so that’s why she wears a T-back. Naturally. And during her first encounter with the male teacher, who just so happens to be human, she sees his perfect “assault rifle-posture” in the shooting gallery of a local fair and since then dreams about his big hands gently firing herohmygodwhatamIwriting?

This is how LOVE works, kids.

That’s the level this show is on. I’ve seen 3 episodes so far and still I’m coming back for more. That sounds worrying, so what’s the cause?
Well….first off, I think guns are pretty cool. I wouldn’t mind having a few soft air gun rifles or pistols decorating my walls. In fact, I already have one, though it’s a cheap spring operated Sig Sauer P226, that I always felt looked very plasticy – until I noticed that so did the real one too. Hm.

Secondly, it turned out to be somewhat entertaining. I like my girls with guns anime as much as the next guy but I really just wished Upotte!! could’ve dropped this whole weird idea of girls being guns. Though they try -oh they do- it doesn’t even make much sense in the show. Especially not since they are also carrying around the rifles they are supposed to be. Seriously, don’t think about stuff like that when watching this show, it will end you. 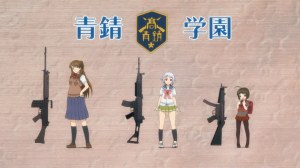 Seems fair enough. Wait, do they grow older? Do they evolve intAUGH MY BRAIN!

Also, there’s quite a bit of interesting information dropped both left and right. I like that.

“Favorite” character so far? M14, she’s pretty fun. Her friends too, I guess. In their own way. 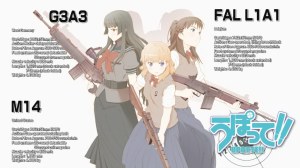 I guess I will stick around this show a bit longer, but no Lucky Star it isn’t.

Not exactly “breaking news” but it’s always fun to see stuff like this mentioned in positive or at least curious light. Usually anime & manga only make it into the papers the bad way, but I digress. 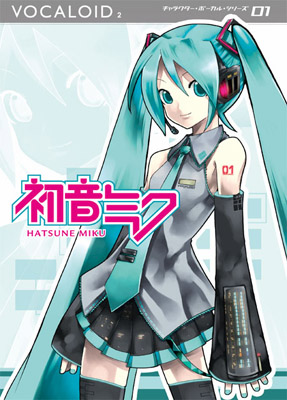 The paper in question is yesterday’s issue of Sydsvenskan (2011-12-27), which comes from the really southern part of Sweden, should my not too impressive geographic skills not be failing me.
I don’t live there, but I work at a library right now and we get a whole bunch of papers every morning.

Sydsvenskan gives Hatsune Miku of Vocaloid fame a two page spread and briefly takes up what Vocaloid is, Crypton Future Media, the rise of Miku’s popularity on Nico Nico and her recent big, spectacular concert(s). And that’s mostly it.

If I had to complain about anything there’s 2 things. 1) Despite the fact that the article covers two pages…there isn’t that much to read. A big illustration on one side and a bit of text on the other.
2) They got her age wrong. I wouldn’t have noticed unless they hadn’t first stated she was 14 on the cover of the culture insert, and then 16 in the actual article – I’m no Miku-fanboy so I’m not exactly upset, just wished they checked the facts before shipping it to print. Makes it feel a bit unprofessional, is all.

My stance on the whole Vocaloid thing? I think the fact that I probably like Akita Neru, a fan character, better than any official one speaks for itself :p 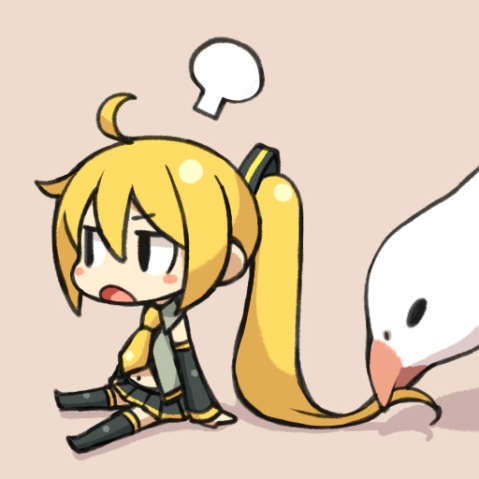 Might update this with pictures later, not sure though. Since the camera in my own phone only seems to be there in order to have “camera” listed in the sale specs sheet, I used the one in my work phone – which is better but sucks as well. I mean, it’s a newspaper article, not too exciting :p
Oh well, we’ll see.